28 students, parents, faculty, and staff talk trash for a day

The workshop began with a fun activity that demonstrated how waste travels after it leaves your house.

END_OF_DOCUMENT_TOKEN_TO_BE_REPLACED

The recent string of extreme weather events got me thinking about home. I mean “home” as in the Greek oikos (like the yogurt), which is the root of “ecology“: the study of our home. 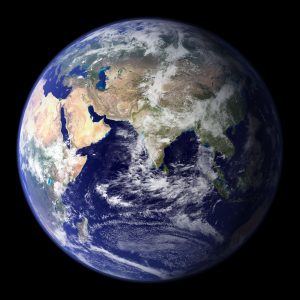 Today we share our home with 7.7 billion people. We tend to focus on troubles and conflicts, but the dominant story by far is cooperation and mutual support. That’s the only way the population can increase so much. We live in all kinds of circumstances including extremely dense and sparsely populated areas, and by and large we don’t kill each other–that’s how the population can increase. (By contrast, it has been noted that if you put 150 chimpanzees in an airplane and flew them across the ocean, only one or two would walk off alive). The fact that we have 7.7 billion people living in our “home” is an amazing achievement.

That said, our home is in trouble. Just in 2021, we’ve seen a glacial dam break in the Himalayas, catastrophic fires in the US and Greece, and unprecedented flooding in Germany. The UN report released on August 9 identifies climate change as the cause of these and many other disturbances, and the trends point toward greater intensity to come. U.N. Secretary-General António Guterres described the report as a “code red for humanity”.

I we think of the natural environment as the foundation of our metaphorical home, it’s developing massive cracks. This happens with actual homes, as many of us know here in the Piedmont. It isn’t pleasant to put money and effort into stabilizing a home’s foundation, but it can be necessary. 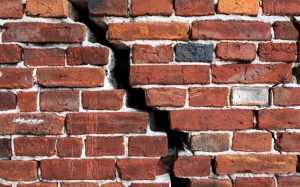 Sometimes we simply have to take our eye off the joys and challenges of day-to-day living to focus on the foundation.

In the last century or more, humanity has undermined the foundation of our metaphorical home while pursuing a good life in the rooms where we live. The enormous size of this “foundation” prevented the cracks from showing, at least in a major way, until rather recently (though they were forecasted for decades).

Environmental sustainability is all about focusing on the foundation and working together to shore it up. We can’t call in an expert and a crew of skilled workers; Earth is too big for that. It’s going to take all of us.

Get notified of new posts–subscribe by email!